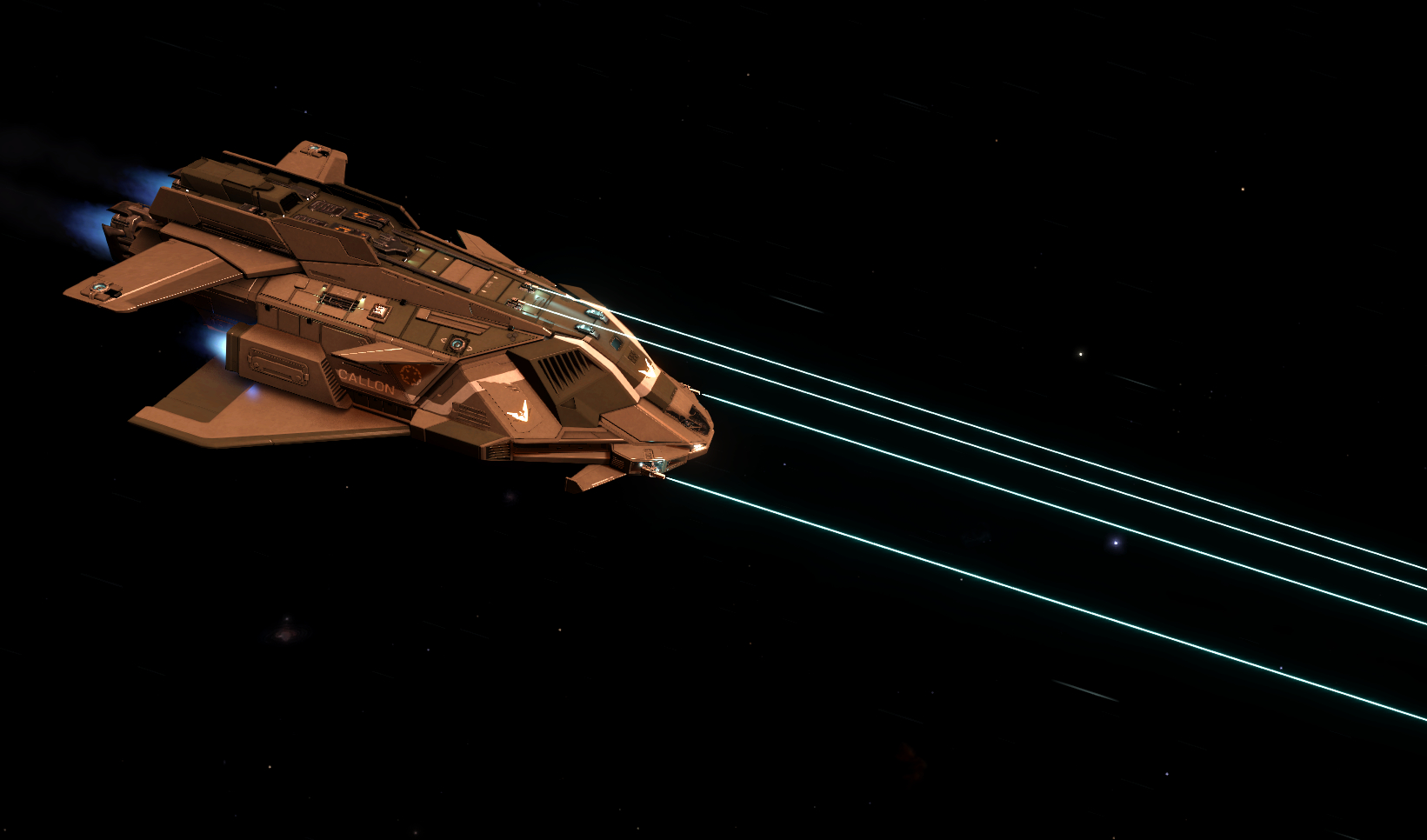 The Federal Gunship is a powerful combat ship; it has stronger weapons and shield compared to the Federal Dropship and Federal Assault Ship.

The weapons are placed nicely for use with fixed weapons. With a fighter bay you can solo more difficult encounters that you may find very hard to manage in other ships of this size/price.

The main drawbacks of this ship is a short jumprange, weak maneuverability - and the powerplant; if you mount powerful weapons like beam laser, railgun and plasmaaccelerator in all weapon slots, the powerplant is too small, so you need to visit an Engineer and upgrade your powerplant and/or lower the power consumption of your weapons or internals. When the power issue has been solved, it is a nice powerful ship. At my first attempt I managed to take a Federal Corvette down to 20% before I got hit by a couple of powerful plasmas that destroyed my gunship, but I am sure I will get revenge on next attempt.

Fully equipped for combat the jumprange is terrible; if you are planning to go on a long journey, consider putting all your weapons and internals on storage to improve jumprange and then pay some NPC cargo ship to transport your storaged gear to whatever station you are docked at.

The Dropshop is the cheapest ship and also has the weakest weapons; it can mount 1 Large and 4 Medium weapons so it certainly is powerful, but the bad maneuverability make it weak in combat. I do not recommend it for combat but you could use it as an armoured cargo or passenger ship or as a mining ship. It is the fastest of these three ships, so it will do fine for cargo runs; it can carry 164 t, which is almost the same as the Gunship, that costs more than twice as much as the Dropship.

The Assault Ship has slightly better jumprange than the other two and it has way better maneuverability but not as agile as a Vulture. With 2 Large and 2 Medium weapons it is a powerful yet agile combat ship. It has the lowest cargo capacity (96 t).

The Gunship has more firepower; it can mount 1 Large, 4 Medium and 2 Small weapons. It also has 3 Class 4 Military slots - the other ships only have 2. It can carry 168 t cargo so it can also be used as a small cargo or passenger transport with powerful weapons. Or as mining ship. The maneuverability is worse than the Dropship but the extra weapons, extra military compartment and stronger shield and hull make it survive longer in combat. 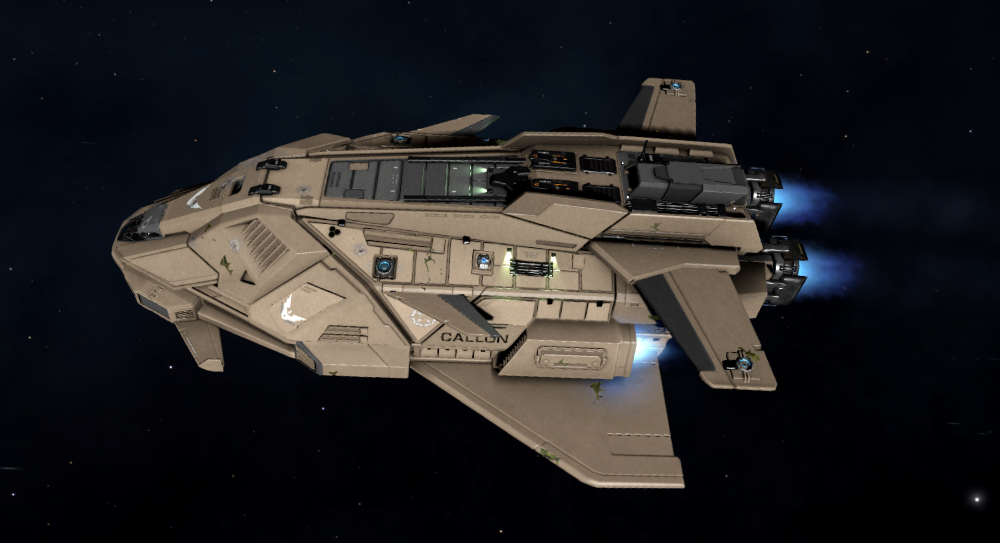