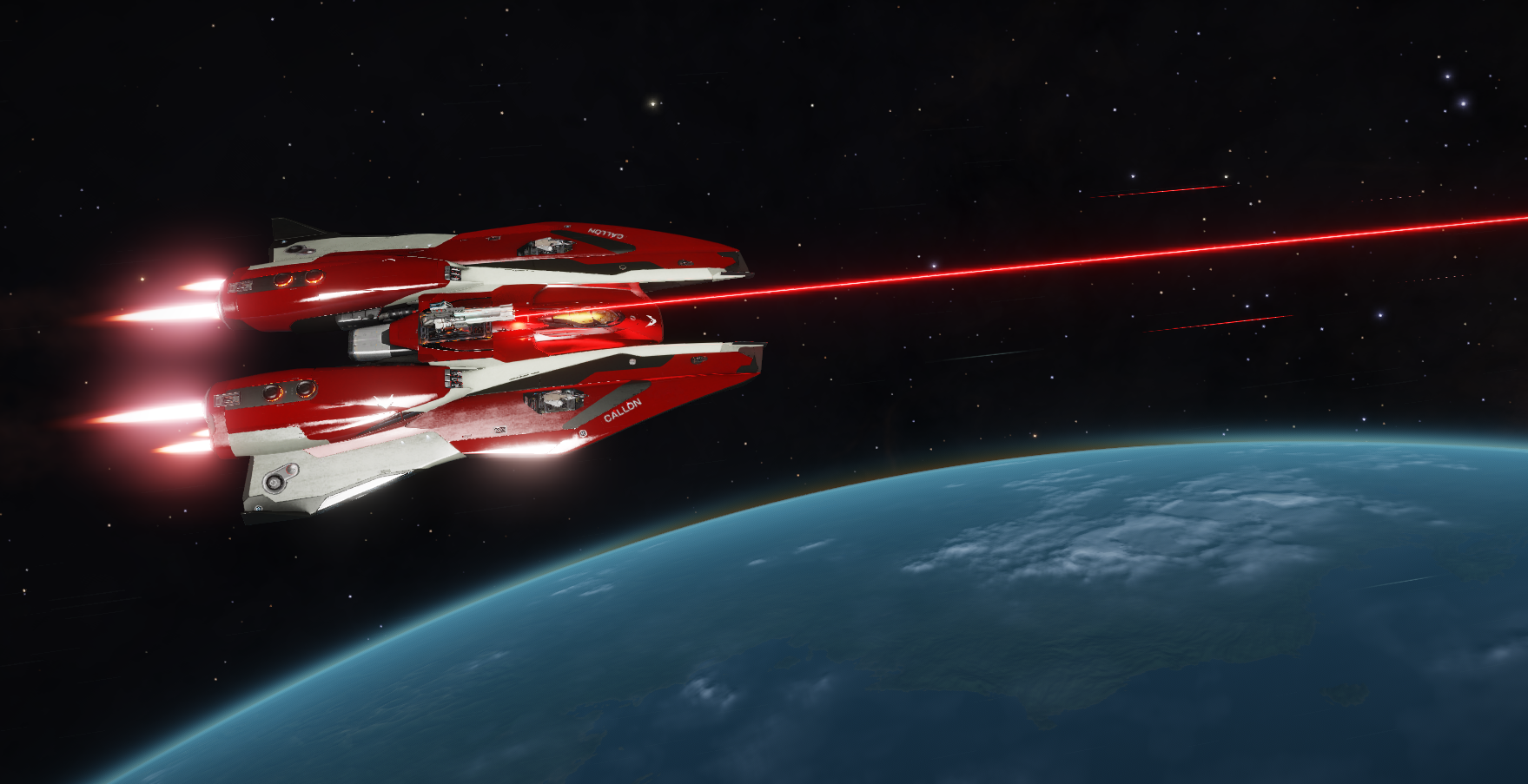 The Mamba was build for one thing: Super fast traveling straight ahead. With a Class 5A Thruster it can reach an impressive top speed of 360 m/s and a boost speed of 440 m/s!!!

It's main drawback is the maneuverability! It is great for hit-and-run attacks but less effective in a dogfight where more agile ships can easily out maneuver the Mamba; in this case your best tactic may be to boost away, turn around and go in for another head on attack.

The Mamba is super fun to fly because of its high speed. However, I am not a big fan of the cockpit design - the vertical beam is distracting my vision. Also the ship design makes it sometimes difficult to use a manual cargo scoop as the materials you want to scoop up often bounce of the front(s) of the ship.

These two ships are both very capable combat ships at about the same price 45M cr for the  Fer-de-Lance vs 49M cr for the Mamba. They are both fast combat ships with powerful weapons and the same hull mass and same number of internal slots. Both ships look very cool. The Fer-de-Lance have slightly larger internal slots  and have stronger shields - the Mamba is faster and have stronger weapons.

The Fer-de-Lance is more agile with much ,