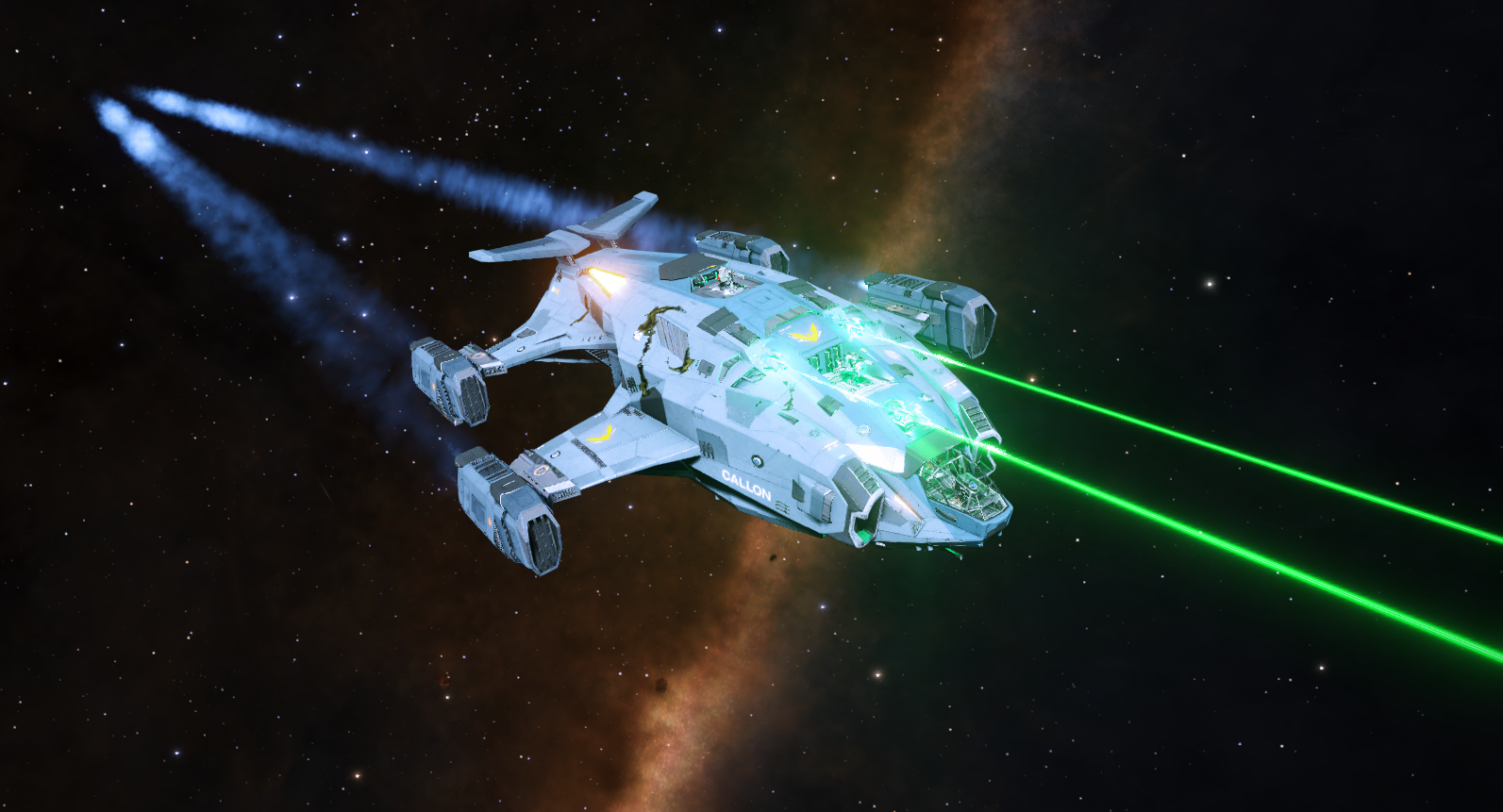 The Alliance Crusader has weaker weapons and shield, is less agile and has less speed compared to the Alliance Chieftain and Alliance - and also shorter jump range. The only reason you want to select this ship is because of its ability to equip a Fighter Hangar, which can be a great help in combat. The weapon placement is nice for fixed weapons, especially the three small weapons, which are placed close together. However the medium weapon slots are placed on top and under the ship respectively which means the enemy has to be right in front of you in order to use both weapons at the same time.

I had high hopes that the Fighter Hangar would make this a great ship for hunting Thargoids but was kind of disappointed by the performance. Because of slower turning speed compared to other medium fighters I have tried, it was difficult to hit fast moving targets with fixed weapons and also difficult to keep the enemy in front where all your weapons can hit it for max dps.

It would be nice with better jump range but it is OK for a combat ship - however, the fuel tank is small so you have to stop and fuel scoop often, which is a pain on long travels - especially because this ship easily overheats in a combat build with an overcharged power plant.

Back to Ship Overview

Alliance Challenger in trouble... Thargoid Intercepter and Thargoid Swarm firing on me and hull is almost gone, time to run and fight another day