The Krait Phantom is a decent multi-role ship and very good long-range exploration ship! It is currently my main exploration ship. If you are used to fly an Asp Explorer as your main ship, then the Krait Phantom is a very decent and affordable upgrade. For long range exploration  I prefer the Phantom as you can fit more modules (e.g. Repair Limpets) and in a similiar configuration the Phantom can actually outperform the Asp when it comes to jumprange! The Phantom is decent for core mining due to a nice cargo size for a ship of this price/size and good jump-range, speed and agility; however the Krait Mk II can carry more cargo so you might prefer that for mining.

I love the design of the Krait Phantom; when you reduce trust the front trusters will fire and it looks very cool as you can see the exhaust clearly from the cockpit. Also, when you look at it from the back the engines seem to be inspired by the Millennium Falcon in Star Wars 🙂

Even though the Krait Phantom was released after the Krait Mk2 it is actually worse in almost all roles except exploration???

The Krait Mk 2 is a better utility ship as it can carry more cargo. It is also much better for combat; it can equip a fighter bay giving you an advantage in combat - furthermore it has stronger weapons and hull. Krait Mk 2 is better for all purposes except exploration.

The Krait Phantom is faster and has better jump range. It is a great ship for exploration but you will likely prefer the Mk 2 in all other roles! 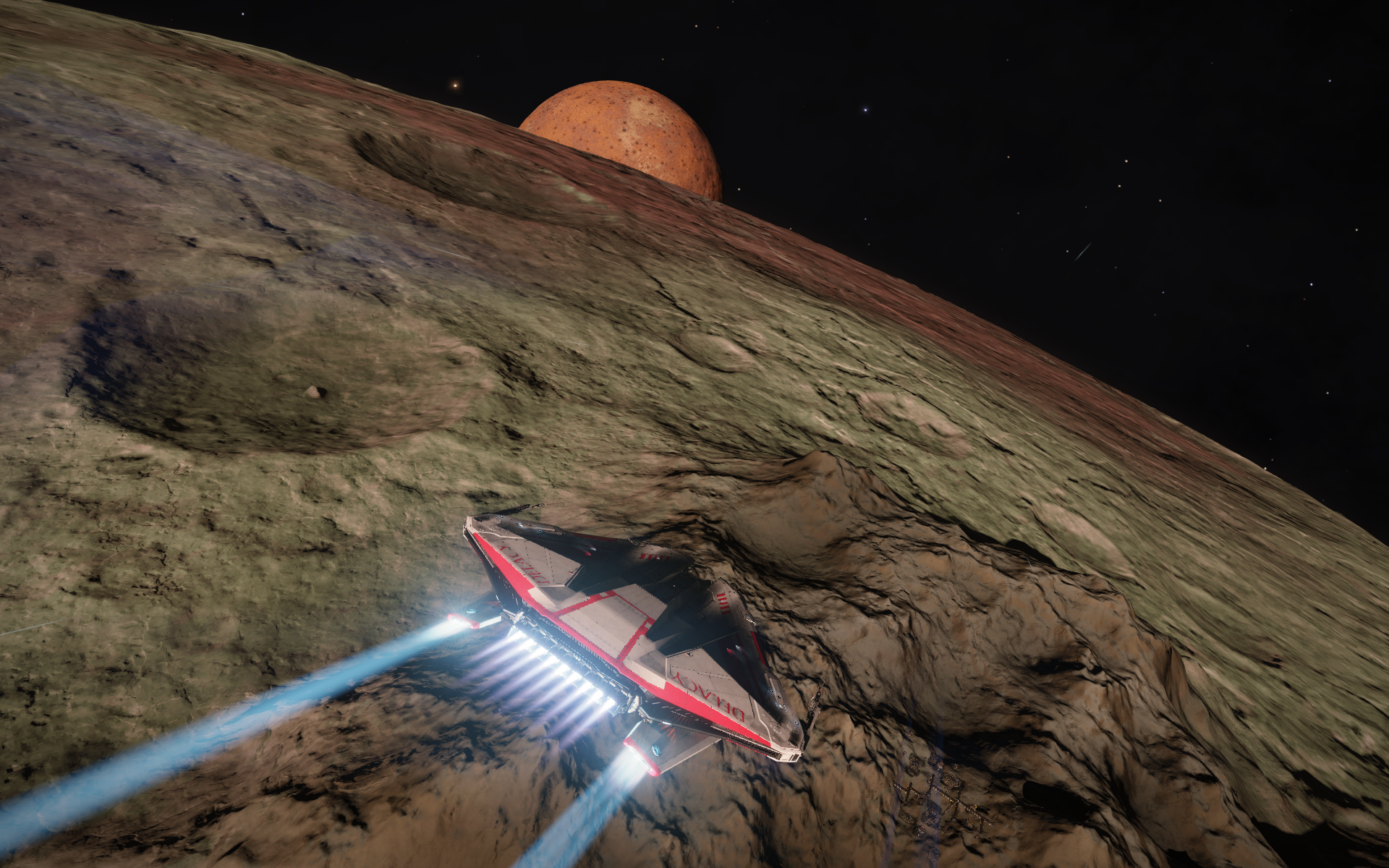 Krait Phantom cruising over Kuwemaki A 3 A

The Krait Phantom is a great and versatile ship for exploration. This is my current configuration for long-range exploration:

All Utility and Hardpoints are empty. With this configuration I currently have a max jump-range of 67,51 LY.

If you remove the cargo rack and extra fuel tank and replace the Planetary Vehicle Hanger with the smaller 2G (1 SRV) version you can increase the jump-range to 68,18 LY.