X4 Foundations has several weapon types to choose from. Some weapons also come in different versions where Mk1 is the cheapest and less powerful option, while Mk2 is more powerful and more expensive, and Mk3 being the most powerful and most expensive of these choices.

Notice: Energy weapons like e.g. Beam Emitter will overheat when fired continuously and need to cool down before you can fire again. Projectile weapons like Bolt Repeater will fire one clip of ammunition and will then have to reload before being able to fire again. Missile launchers also have a cooldown between firing missiles with a longer cooldown on large powerful missiles like Torpedo.

You can also equip a Mining Laser but I don't consider this a weapon as it is useless in combat - it is used by mineral miners to destroy asteroids.

Back to Tutorial overview

Missiles deal high hull damage but are less efficient against shields. Missiles are divided into three categories: Dumpfire, Tracking and Torpedo. Make sure your missiles are compatible with your equipped missile launcher!

The Torpedo launcher is compatible with:

Notice that your ship can only carry a limited amount of missiles - when they are used you need to turn back and dock at an Equipment Dock, Wharf or Shipyard to resupply. Using lots of missiles can be very expensive. For this reason you should consider building a missile factory, that can provide free missiles for you! By carefully planning your factory complex you can make it self-sufficient. 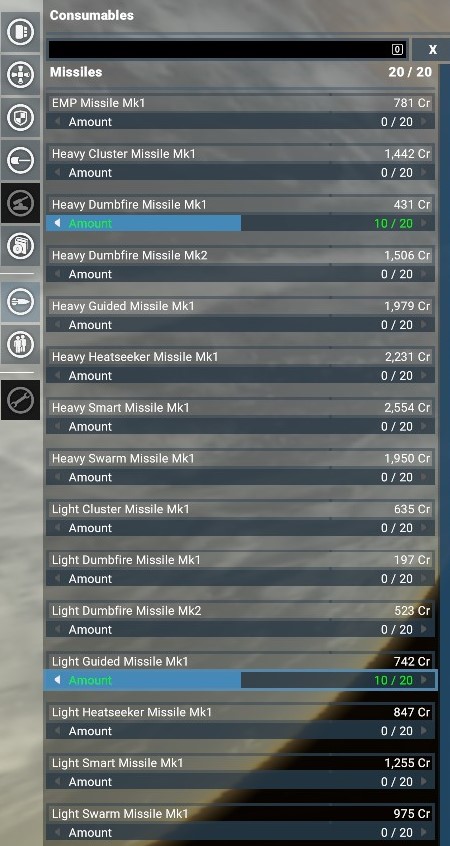 Most ships allow you to equip one or more forward firing weapons, that you directly control when pressing the fire button. However, these weapons require you to turn directly against the enemy in order to hit.

Medium/Large/XL ships usually have one or more turrets, that can rotate and protect a larger area. Depending on the placement of the turrets they can e.g. protect you from attacks from behind. There are however often some blind angles on a ship, where the turrets can not fire on an attacker - use this to your advantage when attacking a large ship with turrets!

From your cockpit you can change the mode of your turrets by clicking on the buttons on the top of your screen.

The Mining Laser is a special laser that is used by mineral miners to destroy asteroids, it is however not useful in combat.

The Main Battery is the biggest and most powerful weapon in the game. It can only be used on Destroyers.

Mines and Laser towers can be deployed to defend an area, e.g. around your stations. Just like missiles you need to resupply at a Wharf/Shipyard/Equipment Dock when all have been used. 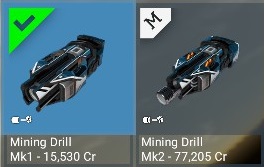 X4 Tutorial – Getting started with X4